If you did not know, companies are required to fly over their pipelines every two weeks to confirm the absence of leaks or threats (construction sites, vehicles, landslides, vegetation, etc.), which can result in breakage or oil leaks.

I was certain that your expertise and knowledge was just what we needed.

By plane, the pilots fly over the entire pipeline for thousands of kilometres, take photos with their cell phones and signal the plant in the event of an emergency. Once they land, they make a report of their observations which will then be processed. It’s a task that requires rigorous concentration and precision since errors and omissions can have devastating consequences.

Flyscan's goal was to offer these companies a way to automate and improve the aerial inspection task, allowing pilots to focus on their flight and thus avoid problems.

Of course, the technical challenge of such a project was substantial since pipelines are huge, complex structures and their inspection must be done from the air, usually at about 150 metres above sea level – which represents a whole other concentration challenge for pilots.

Flyscan therefore called on Vooban to design a mobile app that allows pilots to receive a real-time alert when a threat is near a pipeline.

Using cameras attached to the aircraft, the system can now identify pipeline hazards and issues and ignore what is not relevant to its analysis. Thanks to an object detection model, an alert is sent in real time to the pilot's iPad who can either confirm or deny the threat. All detections are recorded with the date, time, GPS position and a corresponding photo, and will be part of the mission report.

Much like a flying laboratory, all the necessary equipment is installed directly on the plane: computers, power systems, iPads, sensors, GPS, laser rangefinder and state-of-the-art cameras, including a " hyperspectral” one which makes it possible to detect gas leaks invisible to the naked eye. These components communicate with each other and send dozens of messages per second (coordinates, altitude, angle and position of objects on the ground, etc.) which are simultaneously processed by our application, allowing the real-time analysis of threats and giving indications to the pilot.

In terms of design, the app is adapted to the many specificities and constraints relating to the maneuvering of an aircraft. Because environmental conditions are constantly changing, the application’s colours must be accurate and visible to pilots, regardless of the weather. Buttons and commands must also be large, with clear and accessible visual indicators, because planes tend to shake a lot. 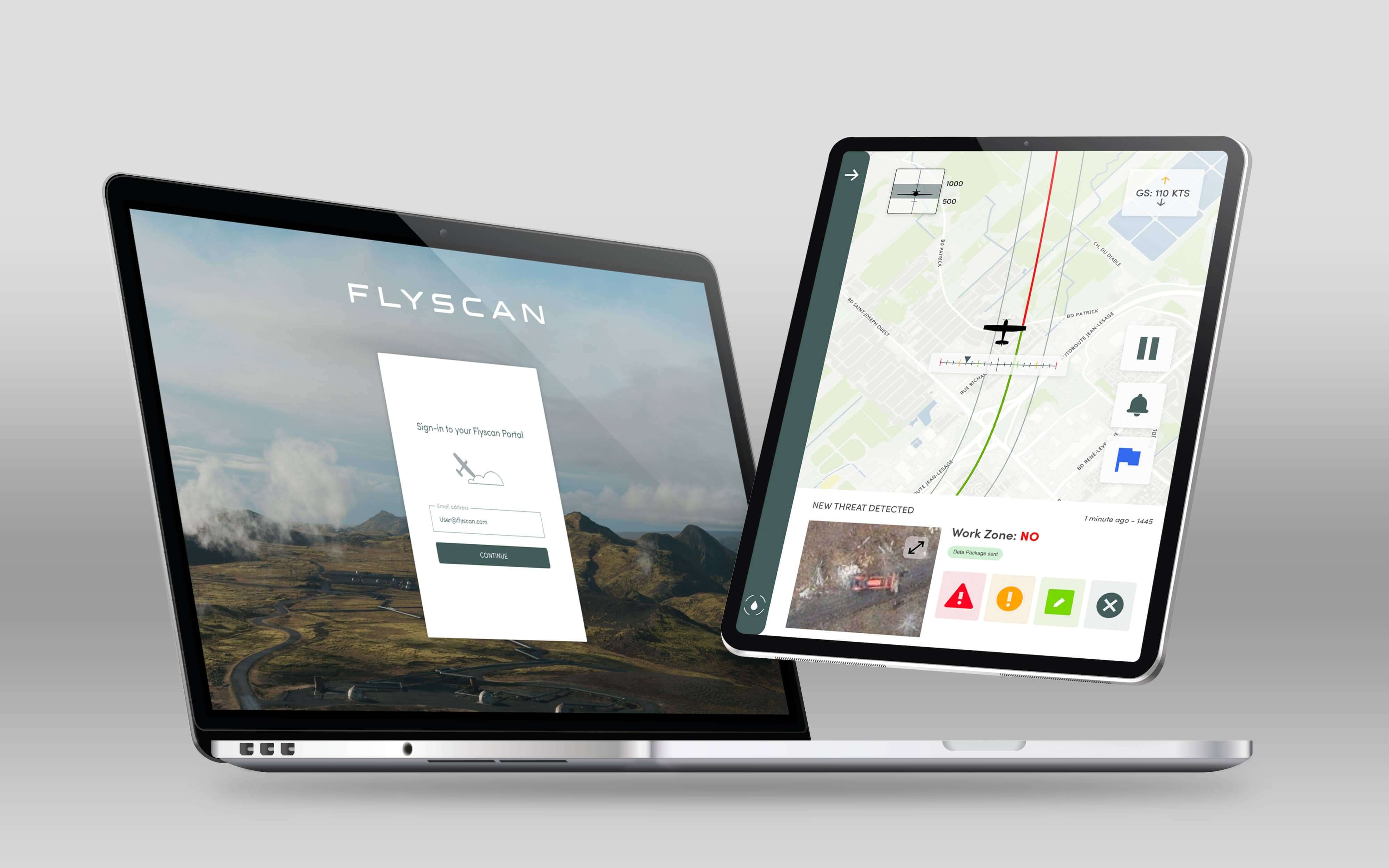 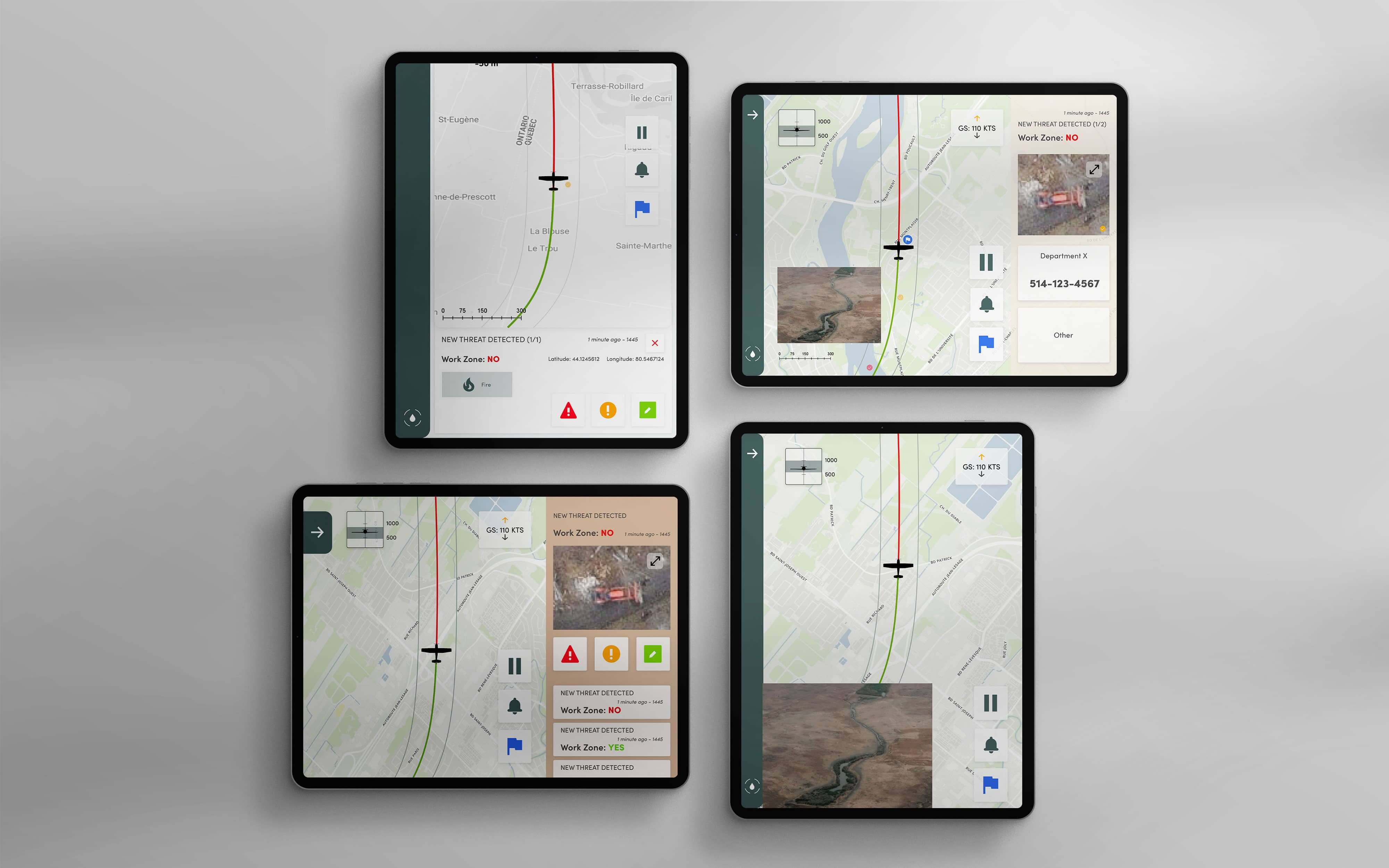 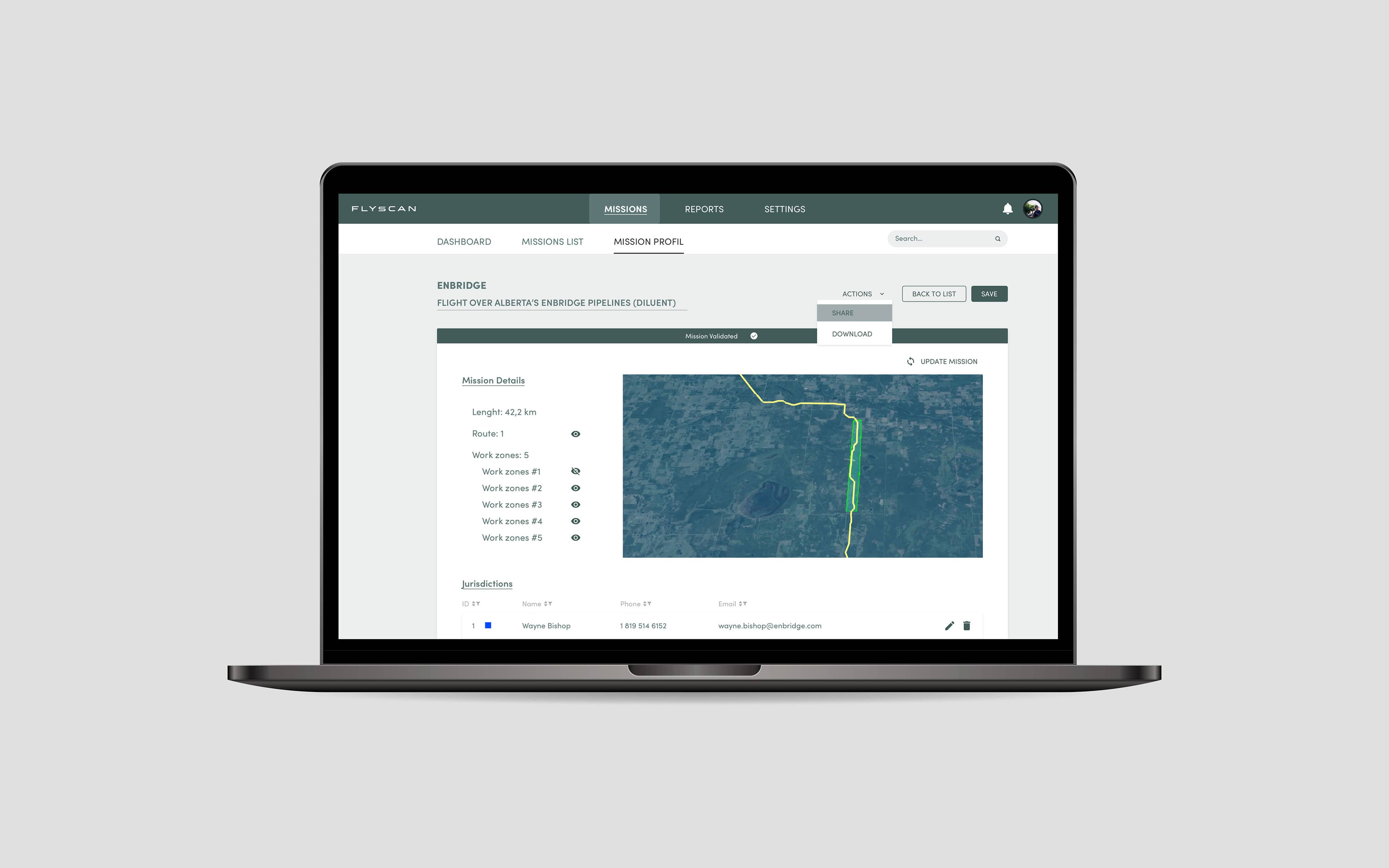 For pipeline companies, this represents a major advantage that will significantly lower maintenance costs, minimize the risk of accidents and avoid environmental disasters linked to oil or natural gas leaks.

Let us help guide
you along the way